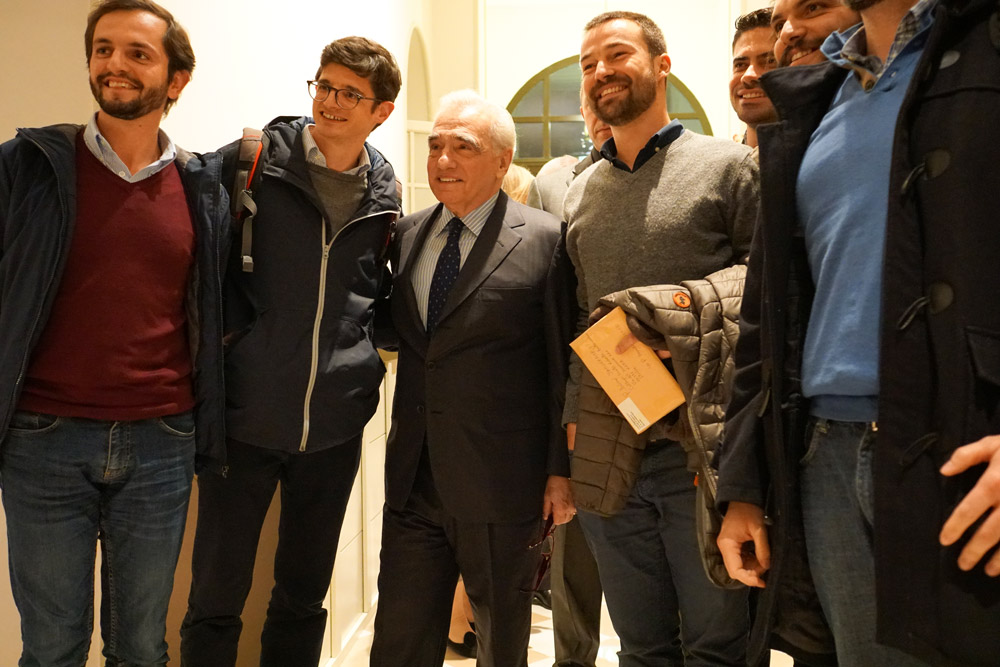 05 Dec An evening with Martin Scorsese

The Jesuits of Rome were offered an unusual gift by Martin Scorsese, director of international renown. His latest film, “Silence,” is a highly nuanced presentation of faith and culture, as experienced by the Japanese and the Jesuits who were their first Christian missionaries in the 16th century. Often films of religious subjects are offered to the Vatican for a premiere viewing. When Martin Scorsese heard that there was an opportunity to have a viewing and discussion with 250 Jesuits in Rome, he offered the evening’s encounter graciously and gratuitously.
“Silence” is based on a novel of the same name by reputed Japanese author Shusaku Endo (1923-1999). Himself a Catholic since childhood, Endo sought the integration of a living faith within the context of Japanese culture. The novel became a journey for Scorsese, who read it some five times over twenty years before rendering it as a film. During his conversation with the Jesuit community after the film, he described it as a pilgrimage. He was not ready to make the film on first reading. He, not unlike the Catholic author, had to come to terms with faith in a living God in a modern world of constant change. Nothing remains the same, not even our images of God. For the 250 Jesuits in attendance at the Orientale, it was the very same journey into evangelization in the modern world. Faith is not tenets and principles, but a living and dynamic mission, as living and dynamic as God as been throughout the process of creation which has never ended. What is God doing today? There are wars. Is he there? There is confusion. Is he there? How do we hear his voice in the noise that surrounds us? To paraphrase the director himself, “You need a little silence to hear that voice.” As it seemed to the Jesuits, not unlike Pope Francis, Scorsese has found a means to magnify that divine voice for a world that needs it as much as at any other time.