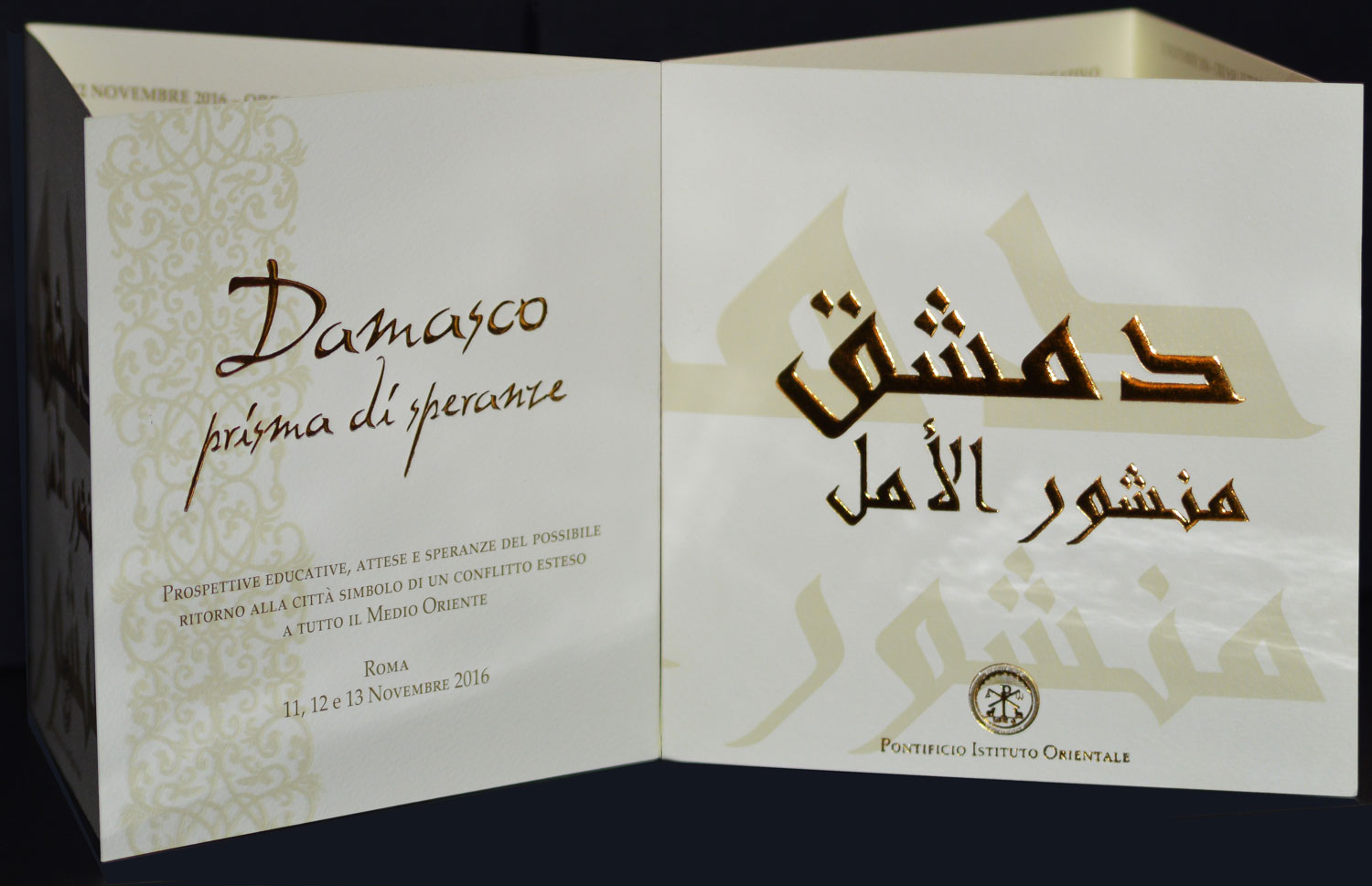 Posted at 08:26h in Event, News by lbadmin
Press Release

For one hundred years, the Pontifical Oriental Institute (PIO) has labored in the field of service to the Eastern Churches. From its strategic position in the development of programs of cultural and academic advancement, the PIO embraces the broad and far-sighted goals placed before it by the Assembly of Bishops of the Special Synod of the Middle East. Accordingly, the PIO has renewed its own mission with the dawn of a new millennium which has brought to light the current dramatic circumstances that vex the Middle East and, thus, the world.


One aspect of this mission of renewal is precisely in the need of a more visible role for the Eastern Churches, in collaboration with the PIO, to facilitate a more effective communication of the realities of the Middle East and thus engage in a process of true “reconstruction.”

An Opportunity of exchange and dialogue

The current exigencies are felt by the Society of Jesus, to whom the care of the PIO had been entrusted which over time has formed a significant part of the leadership of Eastern Churches, churches to which the majority of its students belong. The concrete mission takes place on the ground, through all who share in the work of these Churches during these critical times. Significant examples are the activity of JRS (Jesuit Refugee Services) and the ministry of spiritual accompaniment in these troubled times.

In the context of the Centenary celebrations of the Pontifical Oriental Institute, an international conference entitled “Damascus: Prism of Hope” will offer an opportunity of exchange and dialogue regarding the reconstruction of a new vision and a prophetic future for the Middle East. The conference arises out of two concerns that emerged from the Jesuit Province of the Near East. First is the importance of identity and belonging as a primary ground of reconstruction. Second is how to educate for a realizable future after five years of conflict wherein it seems impossible even to speak of hope.

Situated in Rome, the Pontifical Oriental Institute is a symbolic place for conversations on themes such as the dignity of the person or of an entire people/community. It promotes special attention towards a common geopolitical vision, providing an educational and religious context that appeals to a kinder language toward a prophetic future.

The conference will take place in Rome from 11-13 November 2016 and will speak to the challenges of our very mission of formation and education in serving the churches and communities of the Christian East. Beginning with Syria, it will treat of those dramatic situations in the face of which an unavoidable reflection must be made.

The painful complexities of the Middle Eastern conflicts must be made explicit but in a “safe place” of honest conversation. The mission of our academic institution demands that we should be such a safe place of openness and dialogue toward the construction of the larger project: an authentic resolution of the conflict while safeguarding and transmitting the local cultural patrimonies as part of the broader human patrimony.

The conference lasts three days where time and space will be given to local voices and experts to create a moment of exchange based in part on the real life testimonies from daily life in the region. The third day, November 13, will offer concrete reflections on a realizable and prophetic future. With the participation of members of Eastern Churches and other religious leaders, “Damascus” might testify to the West the path of general reconstruction.

Finally, more specific information will be forthcoming regarding the November’s international-conference on Syria through the regular channels of communication of the Pontifical Oriental Institute, prepared by the Public Relations Office. This will allow for continuing relationship in the work of safeguarding the Christian patrimony of the Near East with the further objective of consolidating the Christian roots of identity and belonging. With a fresh perspective, based on the vision of a fuller humanity that needs to find its place, we hope to give voice to a prophetic future of return and ongoing presence. We attach the provisional program of the Conference which is in its final stages of development.